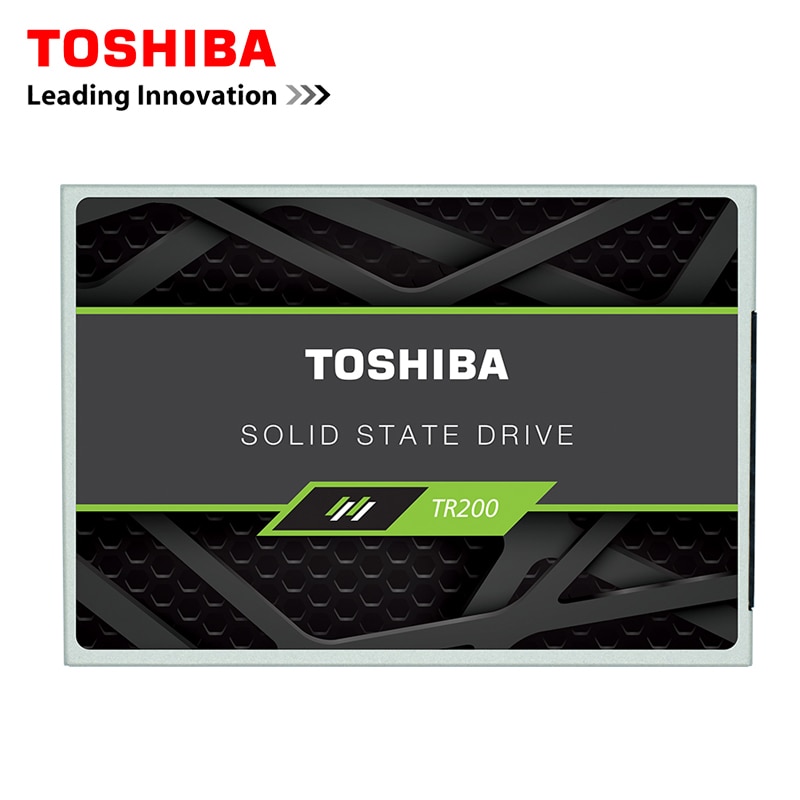 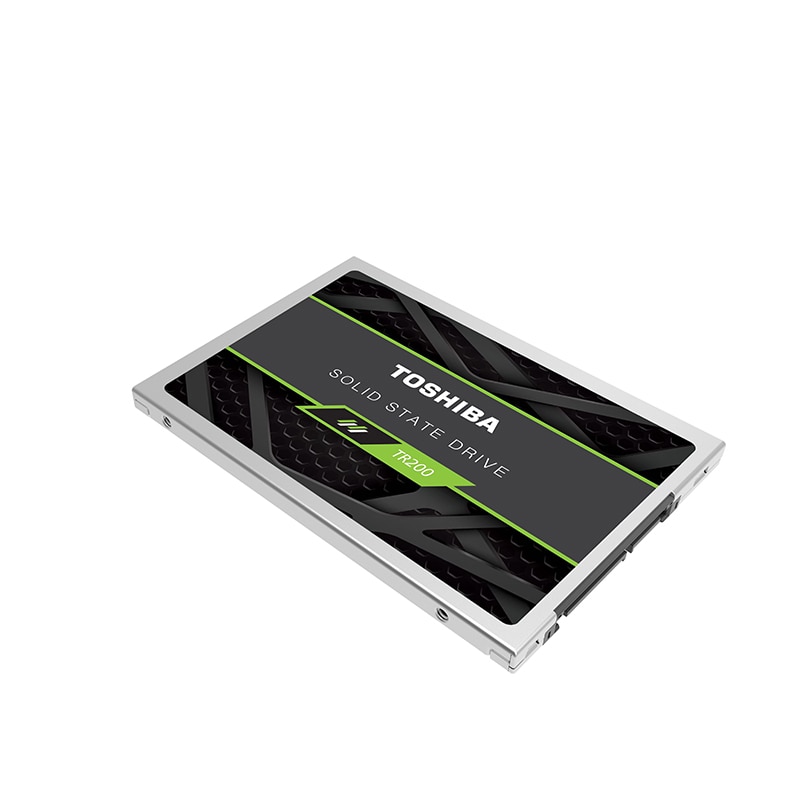 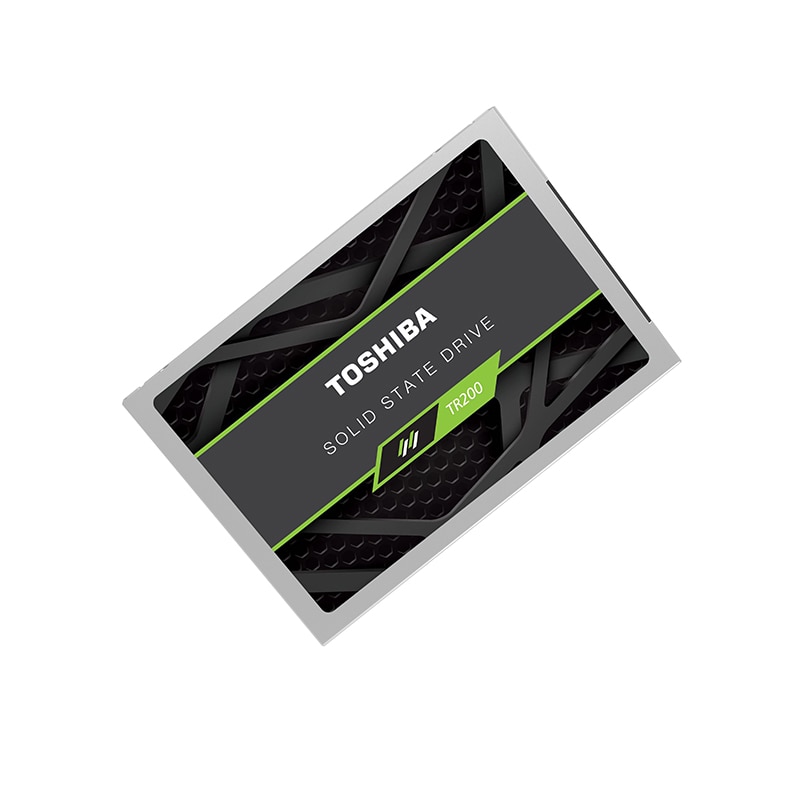 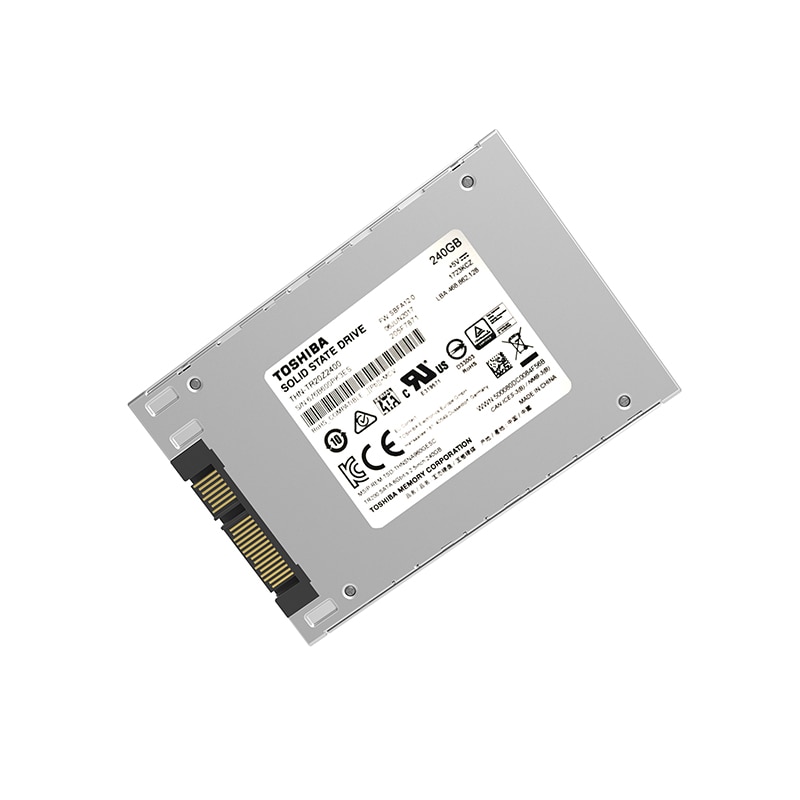 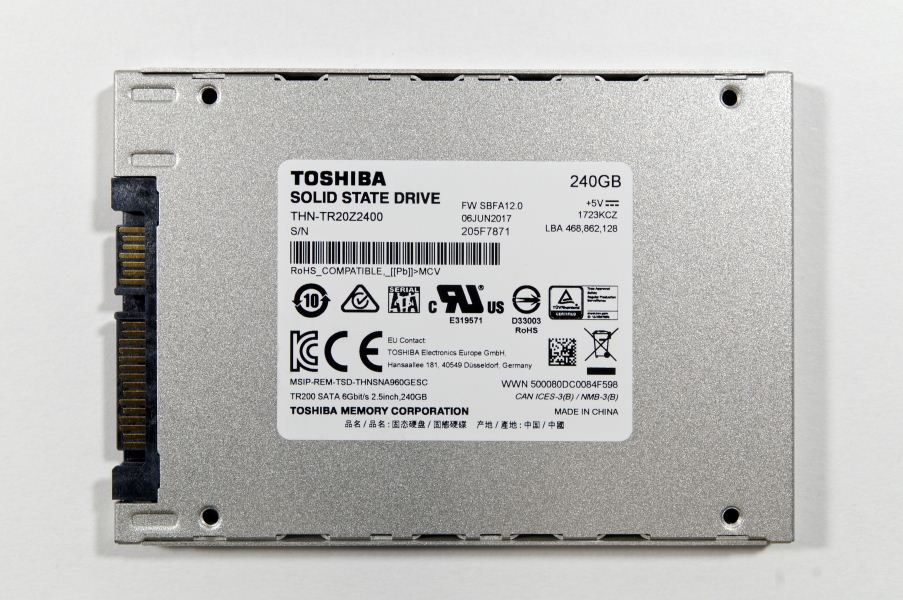 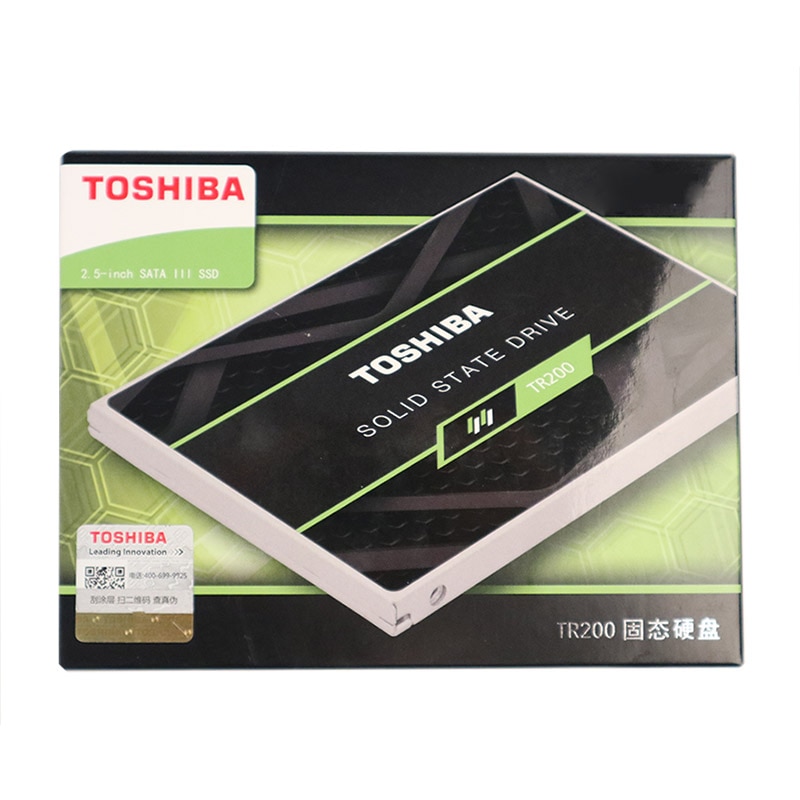 The Toshiba TR200 is a budget-friendly drive that features both low power consumption during operation and cost savings. The TR200 Series is the company's first consumer SSD equipped with 64-Layer 3-bit-per-cell TLC BiCS FLASH, technology that previously only shipped with OEM products. Though Toshiba has indicated that their retail SSDs will now be branded under their name (while OCZ will act as a sub-series), they will have the same performance of OCZ drives and will still target the same markets. 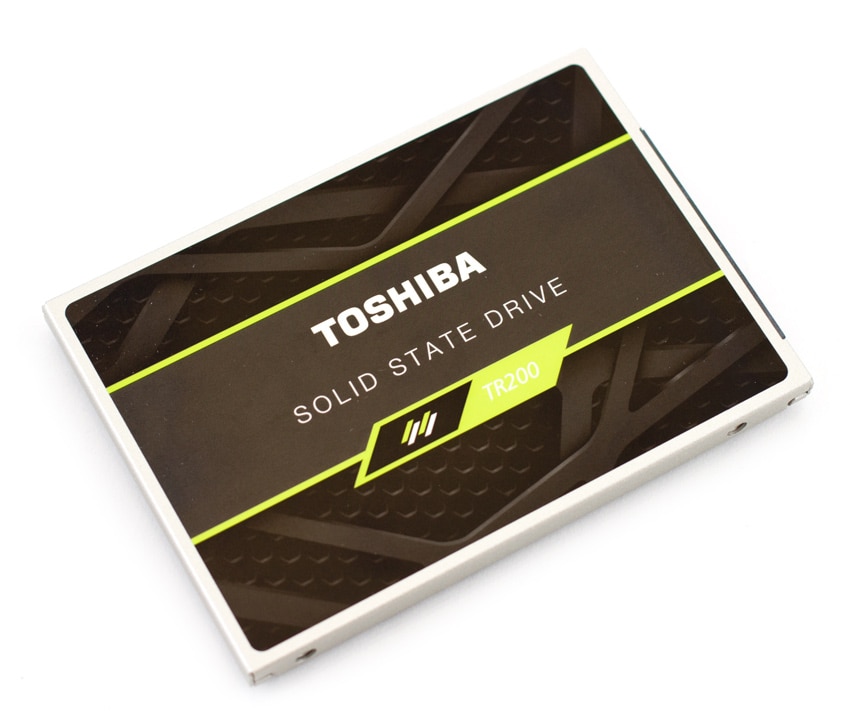 Like all entry-level SSDs in the storage industry, the TR200 is targeted to first-time SSD adopters (e.g. those looking to upgrade their HDD-based system to solid-state technology). Even though it's just a budget drive, users will certainly see a significant, overall increase in performance in both notebooks and desktops (boot times, application load times, etc.). To this end, Toshiba quotes sequential performance of 550MB/s read and 525MB/s write, while random performance is expected to hit 80K IOPS read and 87K IOPS write. Toshiba adds that their BiCSFLASH technology also offers higher capacity (due to its stacked cell structure), higher endurance (with its charge trap cell and memory hole technology), and better performance (using its 1-shot program called “full sequence”).

Backed by a 3-year warranty 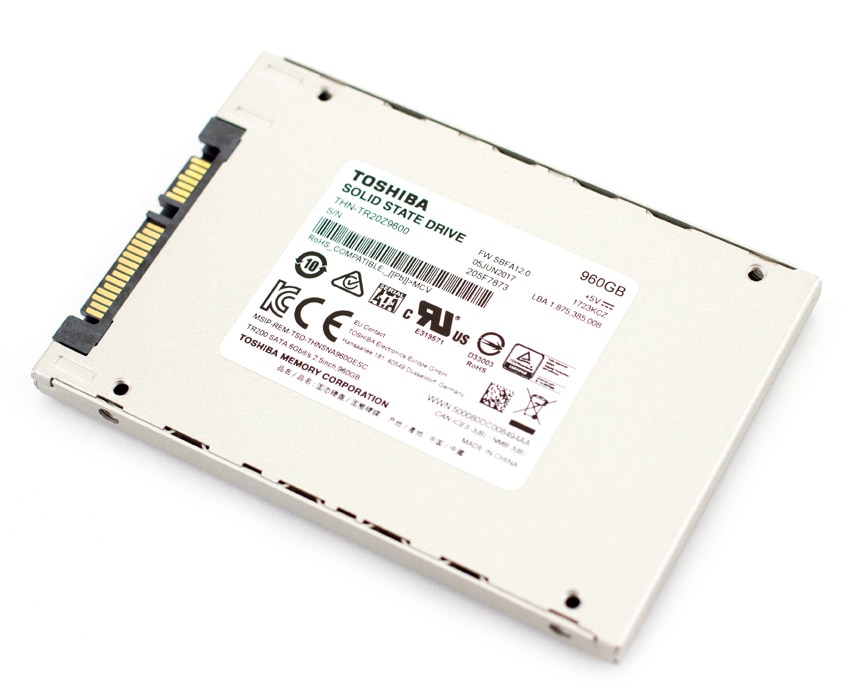 Turning the drive over shows the usual sticker that displays further information about the drive, such as capacity and model number.

Opening the drive up is easy and straightforward: simply prop the two parts of the case apart, which is held together by tabs. Once inside, you'll notice Toshiba NAND packs on the top of the PCB as well as a Toshiba controller. 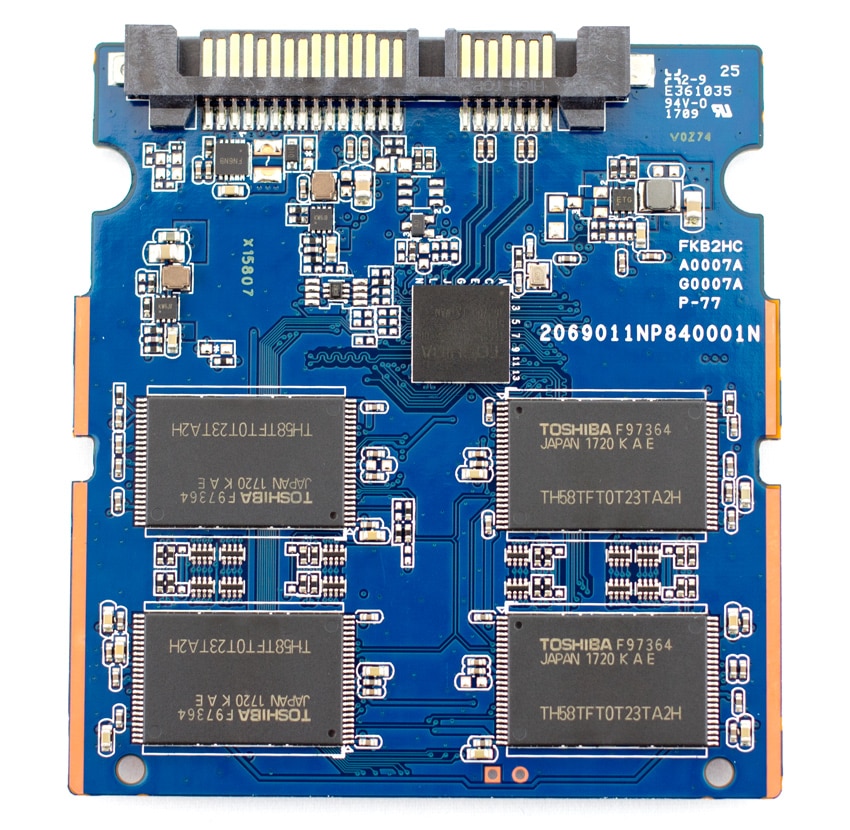 On the other side of the PCB board are more NAND packs. 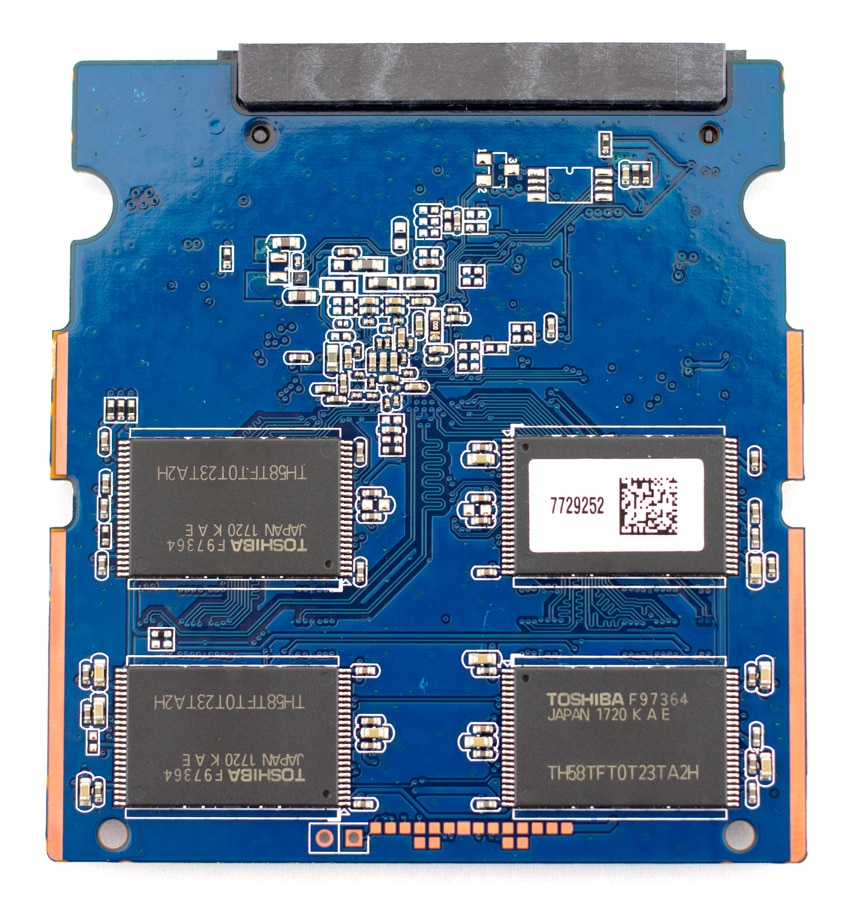 The OCZ SSD Utility is a free management software that provides users with an easy way to maintain, monitor and optimize OCZ SSDs such as updating firmware and enabling settings to promote long-term performance.

The software's dashboard gives an at-a-glance, real-time overview of things like system status, capacity, interface, updates and health. You will also be able to monitor the drive temperature from this section. 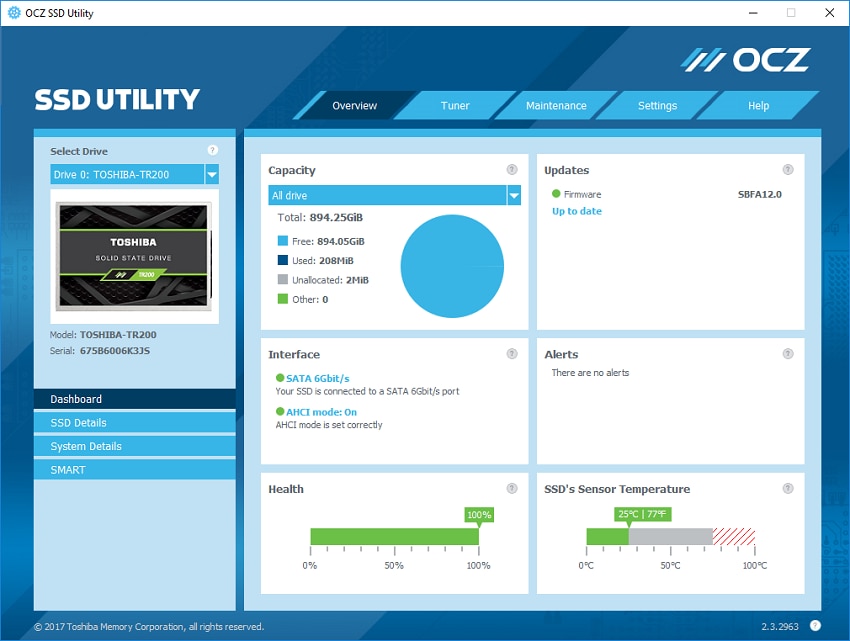 As it indicates below, the Tuner section allows users to put their TR200 SSD through a series of quick benchmark tests to get an idea of random, sequential and average latency performance of the drive. 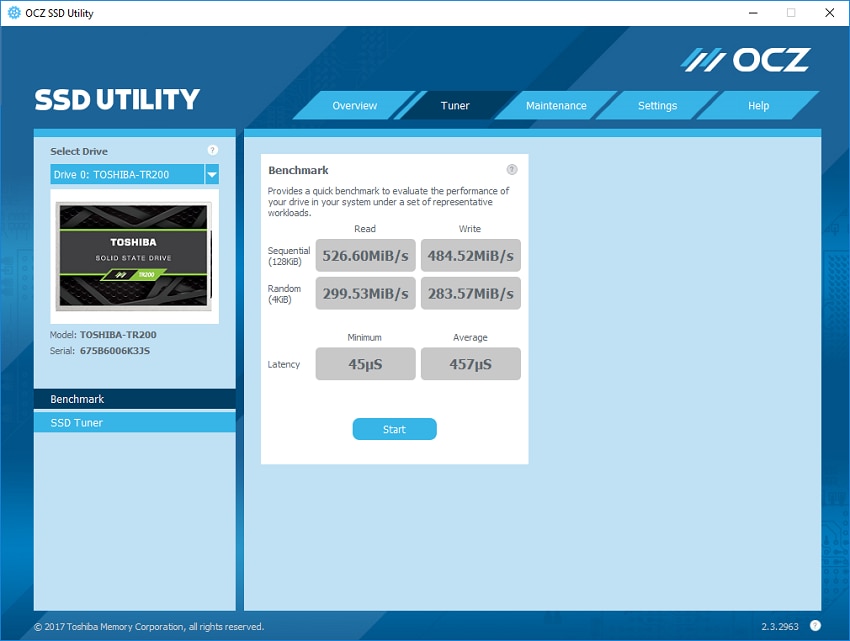